“Discord Not Opening”: Explained and Solved

Discord is one of the top gaming chat platforms globally. It is an application that is used widely and everyone can take advantage of it. It is free, instant, and gives access to ease in communication which makes the app very reliable. Furthermore, it is easy to use. But, it can be a big issue for many if it doesn’t open or gets stuck. Discord doesn’t open for users and nothing happens if they double-click the executable file. While for some users, it does open but won’t show anything on the screen whereas others are complaining about seeing just a plain background. Some users have tried to reboot or completely reinstall, but that doesn’t help either. We don’t know yet what exactly causes this to happen, but there are some possible reasons that might be leading to this problem. Discord might be trying to log the users in but gets stuck in the process and that, well, it can’t log in the user. The good news is, whether Discord is showing a blank screen or not opening at all, there are fixes for this issue and not just this, there might be multiple issues with Discord but each one of them has its fixes. The reasons for this happening and some helpful methods are discussed in the article below.

Reasons for Discord Not Opening

While all the causes are not known yet, there can be some reasons that possibly may lead to Discord’s not opening issue. The following can be some probable reasons:

Fixes for Discord Not Opening

There are a couple of known reasons due to which Discord is not opening or getting stuck for updates etc. on Windows. There will be no harm to the Windows or device of the users, hence, they can follow the methods given below. The Discord servers, Nitro subscription, profile picture, friends, etc. everything will be there as it was earlier. Let’s get started with the methods:

Do the System File Checker Scan

The System File Checker command is a scan built into the Operating System for checking corruption in files and scans the integrity of all protected system files by replacing the damaged, changed and corrupted versions with the right ones. It is also called SFC scan, which immediately searches the defective files and helps in solving a plethora of other issues. The steps for the process are as given below-

Close Discord with the Command Prompt

When Discord gets stuck but appears to be running, and won’t open, then all the user can do is stop the process and restart Discord all over again. This can be done easily by entering Command Prompt simply as given below:

In Windows, the cache files are stored in the AppData folder. In order to store Discord’s necessary cache, and if the system is running out of storage, then the user has to clear the folder and make space for Discord files by following the given steps:

As discussed in the second step, the user can end the process through Task Manager and try opening it afterward. The steps for the method are as follows:

Launching Discord directly from its original installation folder has proved to be helpful to some users after they did it. So let’s see how the other users can do the same method:

The user can try to reinstall Discord if it keeps getting stuck on loading. The possibility for so could be Discord files are damaged, corrupted, or missing. The user can restore these files through reinstallation to run the program.

The user can try the following steps to install Discord:

By these steps, the user will be able to reinstall Discord on their computer.

It should be installed properly. 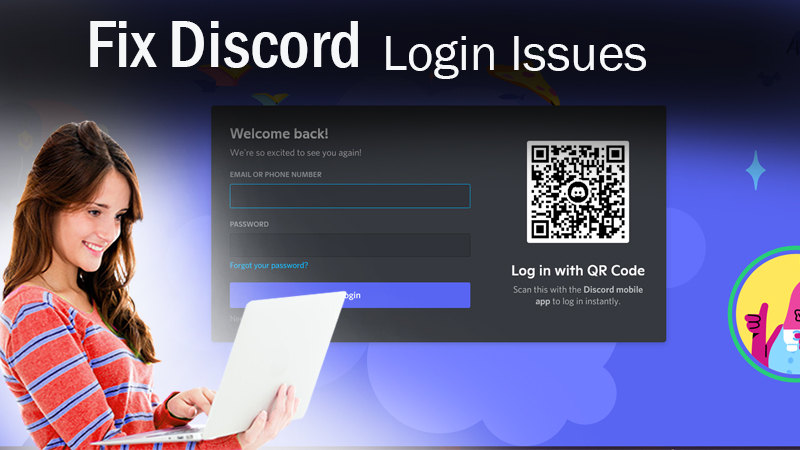