How to » Gaming » Destiny 2: How to Choose Your Gaming PC

Destiny 2: How to Choose Your Gaming PC

Destiny 2 has no serious competitors with the same level of development, design, and combat system. It’s an exemplary MMO shooter that has received numerous positive reviews and prestigious awards.

Destiny 2 is a multiplayer shooter. The game was released in 2017 by the American studio Bungie. Destiny 2 is much more successful than the first part in terms of plot presentation. So, it will be easier for beginners to understand the universe.

There are numerous similar games, from Warframe to Anthem. It’s worth noting that Destiny 2 isn’t free, as the same Warframe. Many blame greedy developers on such projects. But others consider it as an opportunity to play without the constant influx of inexperienced players who are fond of F2P projects.

The first part of the game was exclusive to consoles, and there was no PC version. Over the five years of its existence, the game has reached its stable audience and successfully expanded it through the Windows platform.

In the case of Destiny 2, you will have to complete quests and missions alone or as a team member. It depends on the task, not on your desire. Some missions are not designed for single play at all.

There are also modes for PvP battles. You can earn valuable items in them and level up. A lot of MMO games keep PvP only for players who are already skilled. So, here everyone can play as he wants.

In endless completions of the same type of missions, you are offered to upgrade your character, acquire valuable loot and learn magical abilities and skills.

Missions will guide you through all the available seven planets. All of them are generously mixed with cutscenes, character conversations, and funny moments.

Additional quests and random events can be found simply by traveling around the map. After completing them, you will receive loot and experience. Missions tend to end in this game, but additional tasks do not.

For those who want quickly get the desired things and in a short time, there is the opportunity to order services such as Duty Bound Boost. However, be careful and choose a proven partner only.

The maps look elaborate. The effects are colorful and realistic. In any case, the use of magic spells and laser weapons seems to be well-implemented.

The elaboration of character models and animation is done at the highest level. Cutscenes load quickly and look great.

PC system requirements are minimal. You can play even on a slow computer. Destiny 2 runs on its own Tiger Engine with online battles and the overall concept of the gameplay. Everything works smoothly, without freezes and long loadings.

With this computer configuration, you can turn all the settings to the max at FullHD resolution. Theoretically, a 4 GB video card is enough for high settings. But to enjoy the graphics and good FPS, you will have to set 1060.

How to Choose a Computer for Destiny?

Online games are not too demanding. But multi-hour gameplay can get boring if you look at blurry textures and simplified animations. Definitely, this game needs to be played at max graphics settings.

Since there are no eSports and hard PvP battles in the game, a monitor with a very high resolution won’t help you win. Moreover, an increased FPS isn’t necessary — the standard 60 frames will suffice. Although for those who are used to the best, you still need a system with 140 frames or more.

For stable operation, you need a powerful video card. For 2K monitors, NVIDIA GeForce RTX 2070 and 2060 cards are the best choices.

For fans of 4K gaming, the RTX 2080 Ti is a clear option. It copes much more confidently with screens of this resolution, as well as with virtual reality.

Let’s look at the amount of required memory for different resolutions at maximum settings:

These data are approximate. If you lack 200-500MB, then it’s OK. The game will perform, but there may be FPS drawdowns in some cases. But you can always lower your graphics settings.

CPU power doesn’t play a significant role. It’s only needed if you want to use a 2K and 4K monitor for the game. The game shows excellent results even on weak processors.

For FullHD resolution and 60 frames, the Intel Core i3-8100 model is recommended. It’s a modern and more powerful analog to the processor recommended for min settings (Intel Core i3-3250). Its power is enough for the minimum requirements and even a little more. This processor is the minimum for a gaming system.

The game takes up RAM fairly evenly at all resolutions. Here are some samples:

The game takes up a lot of hard disk space, and all these gigabytes are necessary for normal operation. Loading new missions and modes isn’t included in the game requirements. So a capacious and fast SSD is required. It will speed up the gameplay and make the system work faster.

Ideally, it’s best to use the SSD and HDD together. It is the best option for a gaming PC or even for a gaming laptop. A capacious and secure HDD will protect your data and allow you to store a lot of information. A fast SSD drive will speed up the system and games.

We have described to you how to choose a PC for Destiny 2. By and large, the game will also run on PCs with general characteristics. Of course, for max settings, you also need max system requirements.

We wish you all the best and exciting gameplay! How to Achieve Professional Status in NBA 2k23 and… Why Do You Need to Play Pokemon Go without… How to Improve Gaming Performance on Your PC? 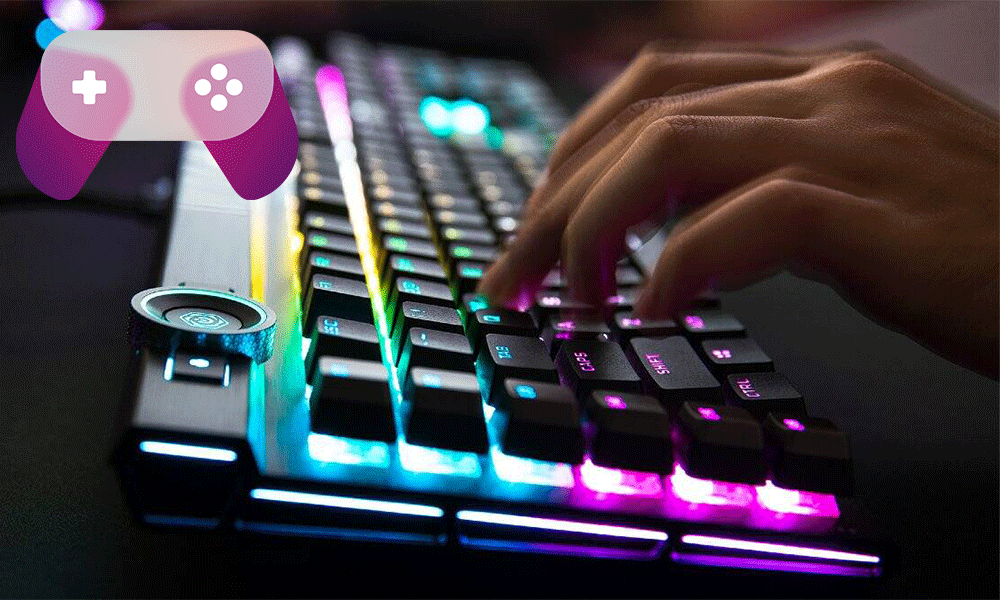 How to Select the Best Gaming Keyboards? How to Play GTA 5 on Mobile at No…