Guide to Bitcoin Wallet- Top 6 Options You Can Consider

Bitcoin got into the trend since its emergence in 2009; a consensus network that enables a new payment system and digital money, bitcoin is the first decentralized peer-to-peer payment network with no central authority or middlemen. Bitcoin is just like cash for the Internet. There are several advantages of bitcoin and ever since the price of bitcoin skyrocketed in 2017, people have been going crazy about investing in bitcoins.

If you are also interested in owning some, it is important to understand first how you can store Bitcoin securely.

“A Bitcoin wallet is a software program in which Bitcoins are stored.”

To understand it better, here are some key points:

So, a Bitcoin wallet can be considered equal to a digital wallet, and it is important for someone who is trading in bitcoin to get a digital wallet. The wallet mainly holds the secure private key that is used to access Bitcoin addresses and perform transactions. Hence, the security of the private key is crucial to unlock your crypto wallet and spend or trade your cryptocurrency.

The first step in Bitcoin trading is to have a program called Bitcoin Wallet i.e. a digital wallet as it can’t be stored in physical wallets. Bitcoins are secure by using public and private keys that are the strings of numbers and letters joined through mathematical encryption algorithms.

Public Key:- is the location where the bitcoin transactions are deposited and stored and this key appears on the blockchain ledger in the form of the user’s digital signature.

Private Key:- is used to buy, sell, and trade bitcoins stored in the wallet. Try not to store bitcoins all in a single wallet. Try to diversify and keep all your bitcoins in different wallets for maximum safety and security.

Bitcoins are stored mainly in these two types of wallets, here they are:

Hot Storage Bitcoin wallets are those connected to the internet such as through a phone app, a desktop program, or an online service, all for free. However, this type of bitcoin wallets possess security risk as they are managed online, hence are open to online theft.

Here are the 3 main types of Hot Storage Bitcoin Wallets:

Desktop wallets are a sort of app that is installed on a computer i.e. desktop and is used to store all your cryptocurrency. The main advantage of using a desktop wallet is it gives you complete control over your funds. There is a minimum risk that a third party can freeze or lose your funds. Still, you need to be extra careful about the security, hence backing up your wallet is important and also ensure that your device is free from malware. Desktop wallets are the address for the user that is used to send and receive Bitcoins. You can also store a private key in your desktop wallet.

Mobile Wallets as the name suggests, are the apps to be used on your smartphones for storing and controlling your Bitcoin funds. Although mobile wallets are used on iOS and Android operating systems, they perform the same functions similar to a desktop wallet. These wallets can be used to make payments in physical stores via “touch-to-pay” and near-field communication (NFC) scanning of a QR code. Before choosing a mobile wallet, beware of the malware posing as Bitcoin wallets.

Web wallets refer to browser-based wallets that you can use both on mobiles and desktops; hence they are easily accessible. However, you need to be extra careful while selecting a web wallet as it will also store your private keys online. The only drawback is it doesn’t offer full control unlike desktop or mobile wallets. Exchanges such as Coinbase Bitcoin Wallet allow users to have web-based wallets.

Cold Storage wallets are often considered more secure than hot storage wallets as they store Bitcoins offline and don’t require them to connect to the internet; hence are safe from hackers.

However, this wallet is less convenient as it makes it harder for users to access their coins. Still, some Bitcoin owners use hot storage to keep tokens for regular spending while keeping the rest in cold storage wallets.

This wallet involves printing the public and private keys on paper keeping it secure from hackers and computer malfunction, hence, is considered one of the safest ways to keep Bitcoins. The paper wallet may also have a QR code that users can scan to make quick transactions by adding it to a software wallet. The paper has all the information required to spend Bitcoins, hence its safety is of utmost importance. For better security, it is advisable to encrypt as well as duplicate the paper wallet.

The hardware wallet is another form of secured Bitcoin wallets as they store the coins on physical equipment that is connected to a computer through USB. Although they are known to be immune to virus attacks, Hardware wallets don’t come free, they can cost you anywhere between $100 to $200.

Sound Wallets are not that much popular, still, they are another way to keep your virtual currency tokens secure. They involve securing the private keys in encrypted sound files in disks such as Compact Discs (CDs) and vinyl disks. There is a code hidden in these audio files, that has to be deciphered using a spectroscope app or high-resolution spectroscope.

So that was all about what type of Bitcoin wallets are available and how they work, now let’s move on to some of the best bitcoin wallets.

You might be clear by now that hot storage wallets are less secure but help to make transactions quickly while cold storage wallets are more secure to store Bitcoins for longer terms, so as per your preference and requirement, here are some of the top Bitcoin wallet suggestions for you:

Exodus is a desktop and mobile wallet with a very easy-to-use interface and even offers a built-in exchange. Its ability to swap between a growing number of cryptocurrencies (around 100 different cryptocurrencies) is one of its most popular features. So, if you are a beginner at Bitcoin trading, this wallet will help you get into the crypto space, undoubtedly one of the best crypto wallets.

However, advanced users may not find it appealing due to the fact that it is a closed source wallet, hence this can create some security concerns. The codes are not open for everyone to see; therefore the users can only trust the Exodus team to ensure that there is no risk to the security of their wallet.

Mycelium is also one of the top cryptocurrency wallets but is mobile-only. This open-source Bitcoin wallet only supports Bitcoin, ETH, ERC-20 tokens, and FIO token. Compared to Electrum, one of the other top wallets, Mycelium is quite similar except it is mobile-only, but offers a better user interface than Electrum.

Mycelium, being one of the earlier wallets, has a built-in exchange; you can even set custom transaction fees so that you can decide the duration for a transaction to get complete.

As it supports hardware wallets, you can also hold your Bitcoin in offline storage and use Mycelium to see your holdings.

Electrum is one of the original Bitcoin wallets that marks its existence back in 2011, just two years after Bitcoin was created. Since then, it is working the same way and only for Bitcoin. The user interface is quite basic and this wallet is mainly suitable for advanced Bitcoin traders due to its complex options. Electrum works the best with Windows, Mac, Linux, & Android and can be set up in minutes.

This Bitcoin wallet gives you the option to encrypt your wallet during setup, and you can also use it in a cold storage wallet to receive Bitcoin payments and check your balance, but not for spending coins, hence a useful option for long-term investors.

The Ledger Nano X is the second-generation hardware wallet from Ledger; the wallet looks similar to a USB drive, and you can connect it to your device using USB or Bluetooth. Hence, you can even connect it to your iOS or Android device including a computer as it comes with a USB Type-C cable. For now, it supports more than 1500 cryptocurrencies that keep on increasing every year.

Although it is a cold storage hardware wallet, the Ledger team also offers Ledger Live software that offers you a user interface for all your holdings. And that makes it easy for you to add new wallets for different cryptocurrencies and manage your portfolios. For all those reasons, Ledger hardware wallets are the most popular these days.

Trezor Model T is the second generation of hardware wallets by Trezor. This cold storage crypto wallet is just like the Ledger one, but it offers you one additional benefit that it gives you the ability to access third-party exchanges directly in its website interface; still, the users find it a bit expensive.

This model comes with a touch screen and even has a MicroSD card slot so that you can use MicroSD cards to encrypt the PIN and protect your device from cyberattacks. Trezor Model T also comes with a USB Type-C cable that you can connect to your desktop or smartphone. It supports more than 1600 cryptocurrencies as of now that is going to increase in the future.

Ledger Nano S is the first generation hardware wallet by the brand and is one of the earliest hardware wallets. Just like Nano X, it is also compatible with multiple Cryptocurrencies. The only difference is it doesn’t come with a USB type C cable and that can be a drawback for some users. It even gives you access to Ledger Live software and has enough storage to make wallets for limited cryptocurrencies. In case you want to delete a wallet to add another type of cryptocurrency, you would not lose it as the cryptocurrency you deleted in the wallet will get stored directly on the blockchain. Hence, it is one of the most popular and best Bitcoin wallets in the USA.

A2. A Bitcoin wallet works similar to a digital storage for the private key that you get when you invest in Bitcoins and also to access the Bitcoin address and make transactions.

A3. Some of the best and safest Bitcoin wallets include- Coinbase, Binance, Trezor, Bitfinex, Ledger Nano, eToro, Exodus, Electrum, and so on.

A5. Getting a Bitcoin wallet can cost you anywhere between $0 and $200; it all depends on what you are looking for and what features the wallet can offer.

A5. Coinbase is known to be one of the safest and easiest ways to buy Bitcoin in the UK. Coinbase is one of the first platforms to hold an FCA-approved e-money license, hence they are considered to be safe and approved. 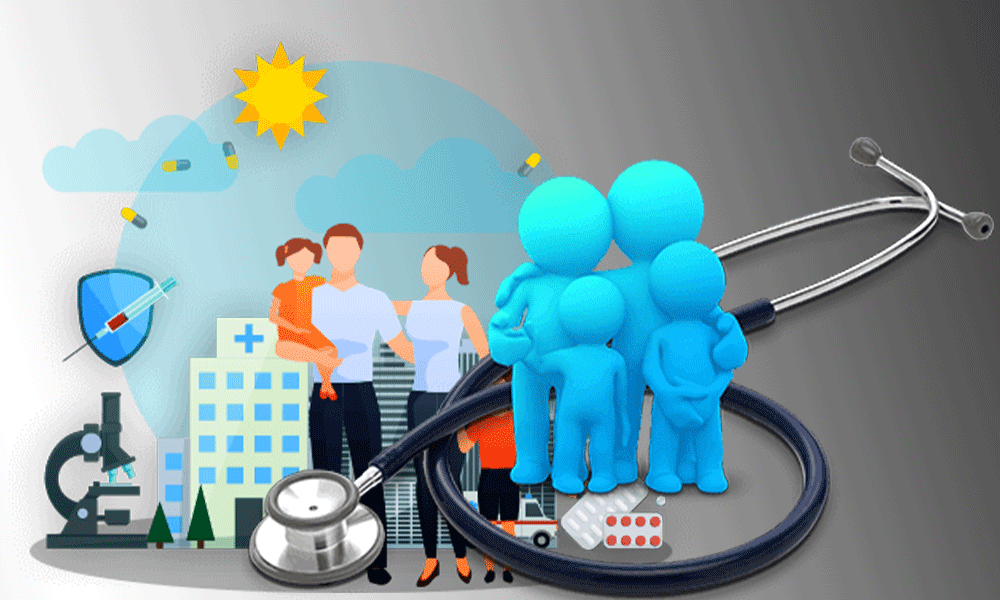 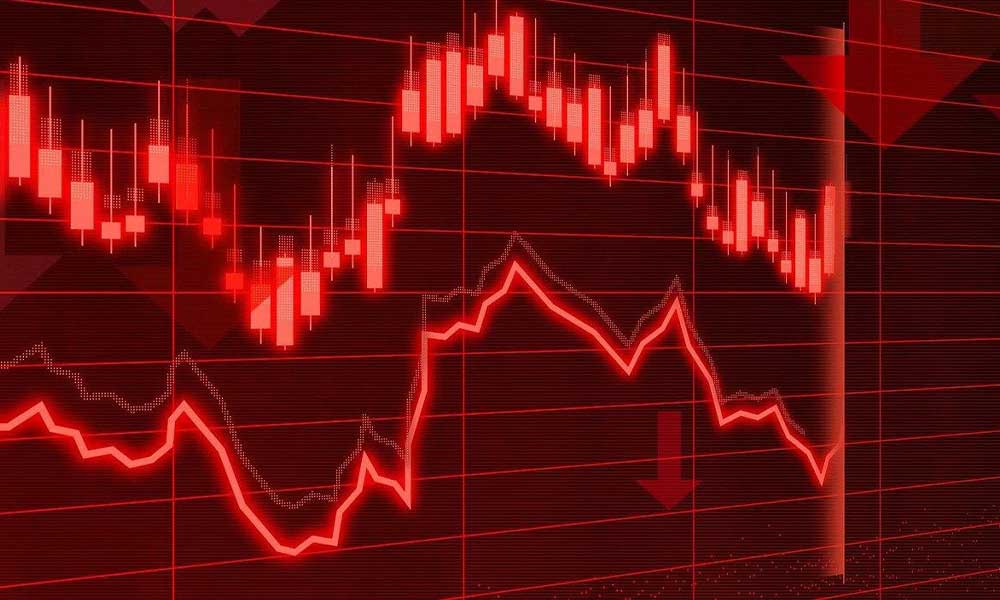 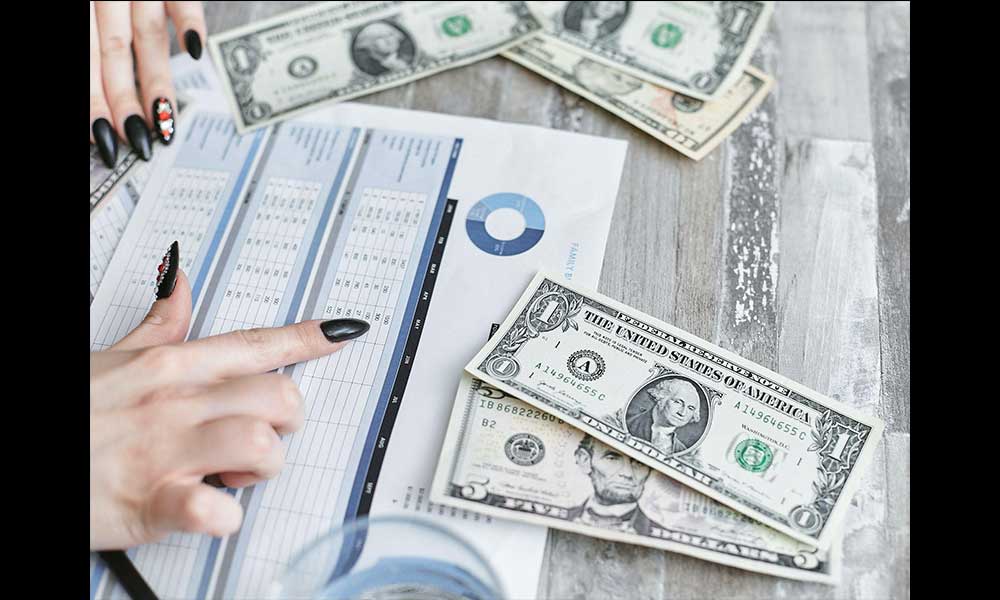