All those who are still holding on “Windows 7— the most used O.S. Version in the whole world” despite that, it has reached its end of life and will no longer get any more support or security updates; because of a preconceived notion that they can’t afford to buy the expensive Windows 10 product key then, time has come to get rid of all such fallacious assumptions.

Well, Windows 10 since the year 2015, has come a long way and becomes the most popular Windows O.S. after the Windows 7 category. The reason that ‘it is well-suited for all tasks that you might need a computer to perform,’ helped Windows 10 to gain so much popularity that in such a short span of time, it has managed to cross over a billion users, imagine!

Though, it’s true that updating to Windows 10 is much more expensive than its predecessor i.e., Windows 8. But, fortunately, there’re ways to buy a Windows 10 product key at cheap rates or get its license legally without spending a single penny. Not believing? You will! When you finish reading this blog till the end, you’ll for sure be miles apart from all such misconceptions that Windows 10 is something you can’t have because the truth is, you can update your device to Windows 10 for free or cheap if you know where to look.

That’s why, here’s a compilation of two of the best ways that you can use to get a free or discounted version of Windows 10. So, if you really want to ease your financial burden then, let’s begin—

[Note: You can scroll down to any method that you find the most suitable for you.]

Method 1: Get It from Microsoft—the Most Legitimate Source

Yes! From Microsoft itself, it is possible to get a good deal for upgrading to Windows 10 or in fact, you can even get it for free. Well, there’s nothing surprising because two years back, Microsoft quietly made Windows 10 free to download, install, and use. In its early days, if you upgrade from Windows 7 or 8.1, you could easily get Windows 10 for free. However, Microsoft has now officially retired this option but, luckily it still works.

You can use a PC with a genuinely licensed and activated copy of Windows 7, 8 or 8.1 to download Windows 10 without the need of purchasing the Windows 10 key separately. Basically, you already own a license and based on that, you can upgrade your operating system to Windows 10 using the Media Creation Tool.

When you run the Media Creation Tool after downloading it from the Microsoft website, Windows will contact Microsoft’s activation servers and confirm whether the key to the previous version of Windows is real or not. If it is then, a free version of Windows 10 will be installed and activated on your PC.

So, with this “no hidden-cost” alternative option, you will be able to use the free version of Windows 10 instead of buying a new license key.

This free version is quite similar to the one that you would get after buying a new product key. It comes with all the Windows functionalities that you must be well-aware of! Besides that, you will get feature and security updates as well that you might not get if you consider getting the same from illegitimate sources. All in all, when you compare the free version of Windows 10 with the activated Pro version, you can say that both have so much in common.

Now, of course, it’s still a free version, and there has to be something you’ll miss on. Otherwise, what would be the point of selling Windows 10 to people by Microsoft? The biggest and basically the only considerable limitation that comes with the free version is that you won’t be able to customize the looks of your Windows 10. Another is that you won’t be able to remove the “Activate Windows” watermark which always appears in the bottom-right corner of the screen.

Does it matter that much? To some who really care about aesthetics it may. But let’s not forget that you’re getting it absolutely free of cost. Hence, this seems like a hundred times better option than a pirated Windows 10 Key that probably may infect your PC with spyware and malware in the future.

If for some reason you decide that the free version of Windows 10 isn’t what you want or you no longer have an old PC to upgrade then, you can also buy a new Windows 10 key at discounted rates. Simply turn to an online retailer where you can find special offers and discounts to get a genuine Windows 10 key at a much cheaper price. However, act smartly to get the Windows 10 key only from the authentic online retailers and not the one that scams you or sells you an already used key. It is because, the moment you use the key on your PC that you bought unknowingly from an unethical source, Microsoft will deactivate your license then and there only.

Moreover, if you’re looking for something even cheaper then, you can look for the OEM keys. But, those OEM keys will not “follow” you, the way a retail key would.

On one hand, a retail key or license can be used to activate Windows on one system to another. You can basically move the Windows 10 O.S to whatever device you want, as long as you’re using it only in one place at a time. So, this is how a retail key follows you and remains with you as you upgrade your hardware over time.

Whereas, on the other hand, when an “OEM key” gets installed on one device, it simply stuck with it and tied to the hardware. Basically, it’s exhausted then and there only. Hence, the OEM key is cheaper but at the same time also way less flexible as it isn’t going anywhere after you’ve used it once on a particular device.

The same goes for exchanging the hardware in your PC. If you installed Windows 10 by using an OEM key then, you can’t use the same license key again in case you replace the hardware (i.e., motherboard) in the future or move to a new PC. If so then, would also have to say goodbye to the O.S itself and invest in a new one.

But, don’t go for the lowest price out there, as most probably the cheapest keys were simply stolen, or obtained via breaking of the License Agreement. So, make sure to check their reviews and ratings for getting only the authentic one

However, if you don’t want to take such a risk, but also want the clean and fully working copy of Windows 10 then, we would suggest you to go for the free version that Microsoft offers, and in the meantime save up for the Pro version if you would like. How to Recover Deleted Photos Windows 10 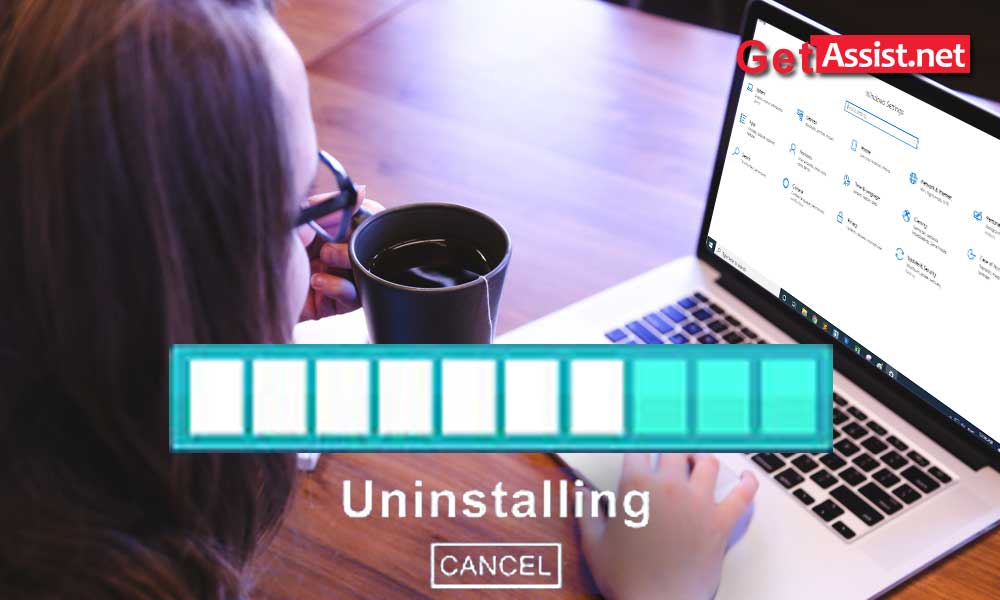 How to Turn Off/Disable/Uninstall Windows Defender for Windows 10? 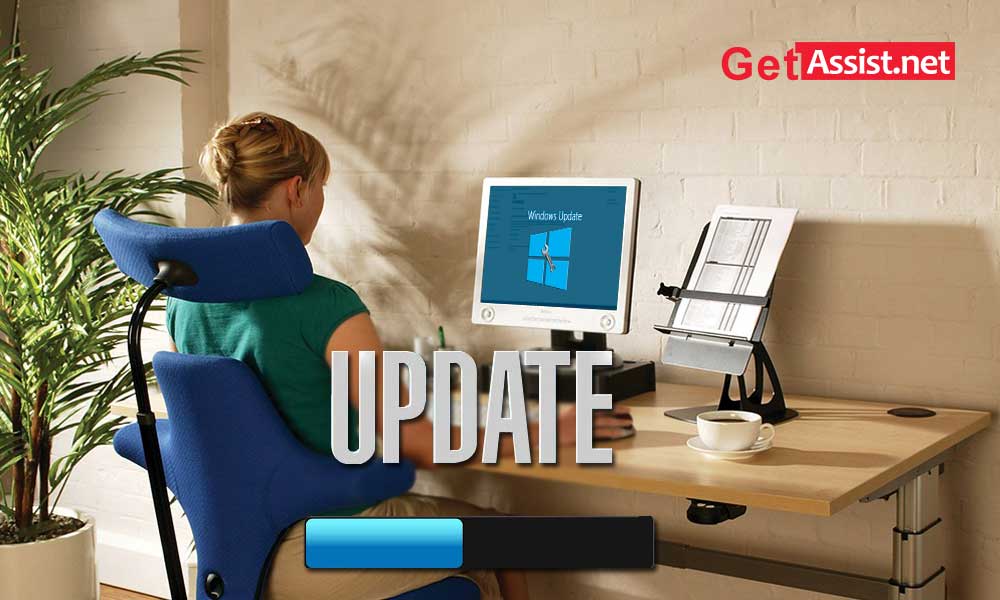 How to Update Windows 10 for Improved Experience? 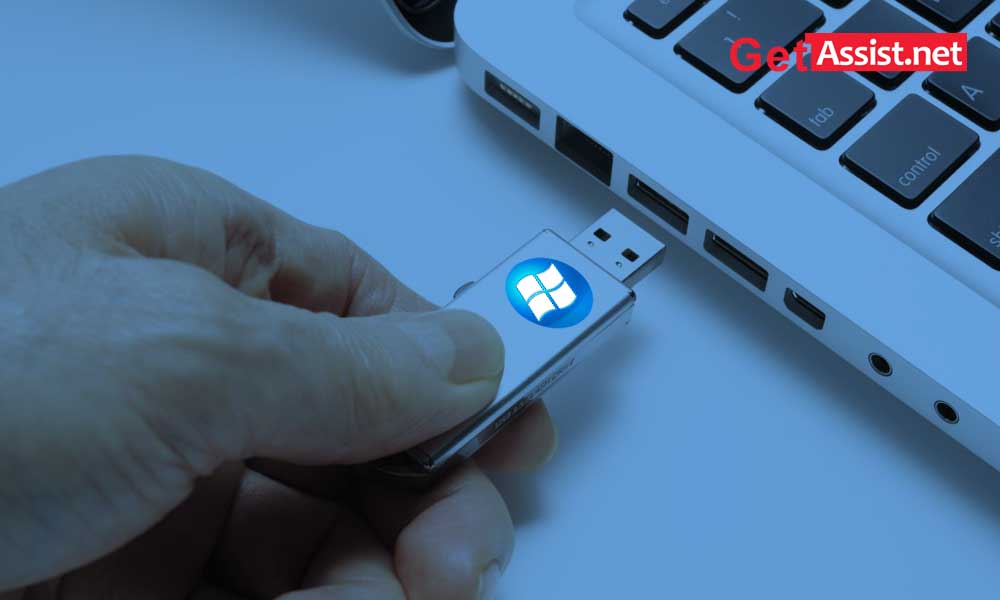 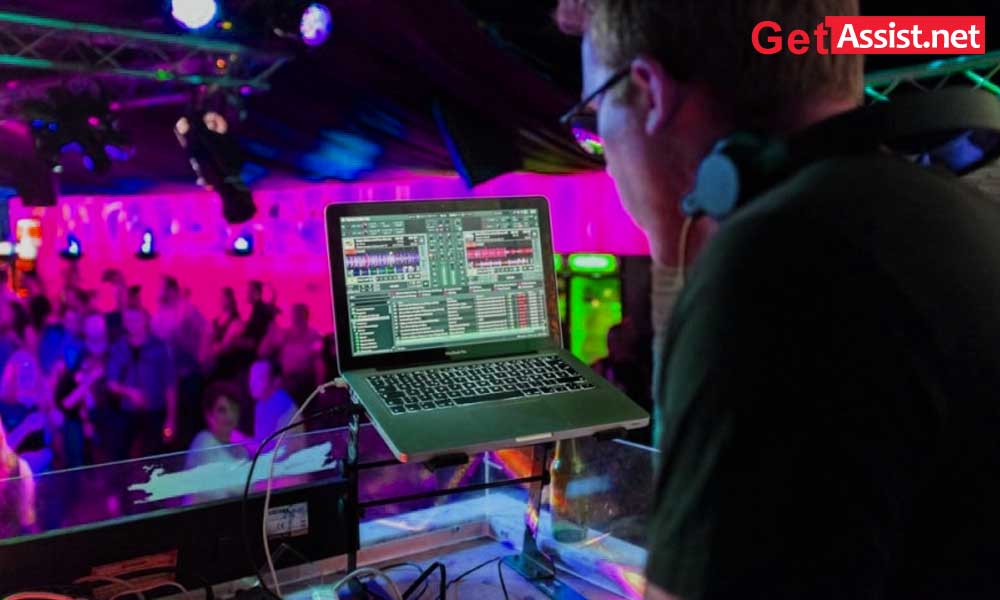 Realtek HD Audio Manager in Windows 10- All about… 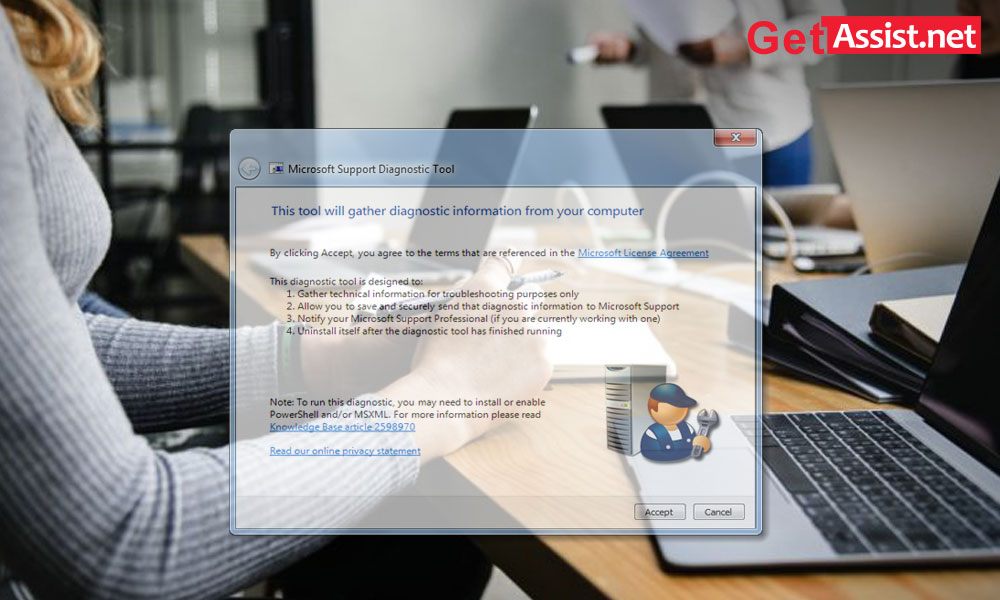 How to Use Microsoft Support Diagnostic Tool in Windows… 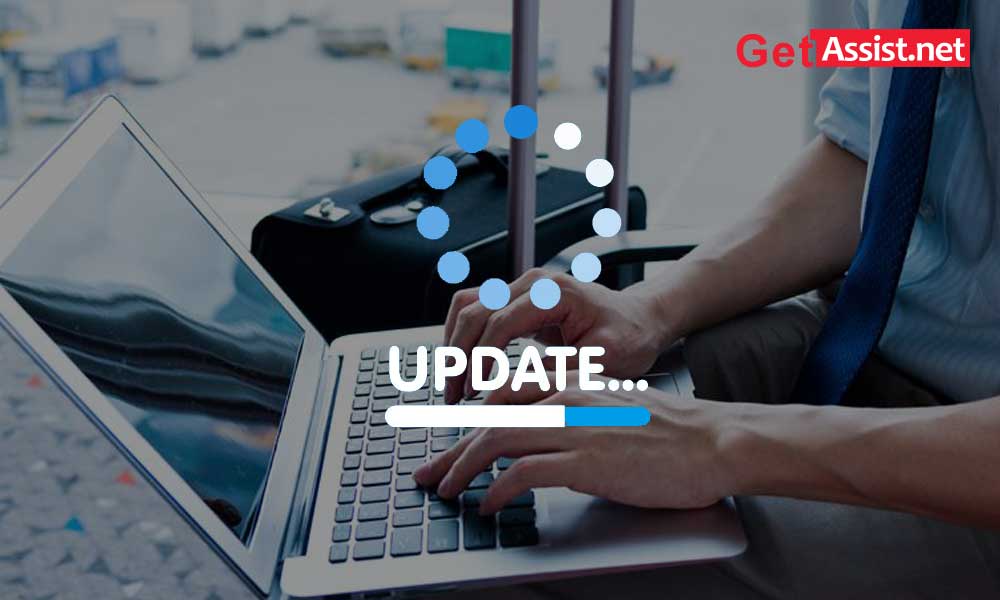 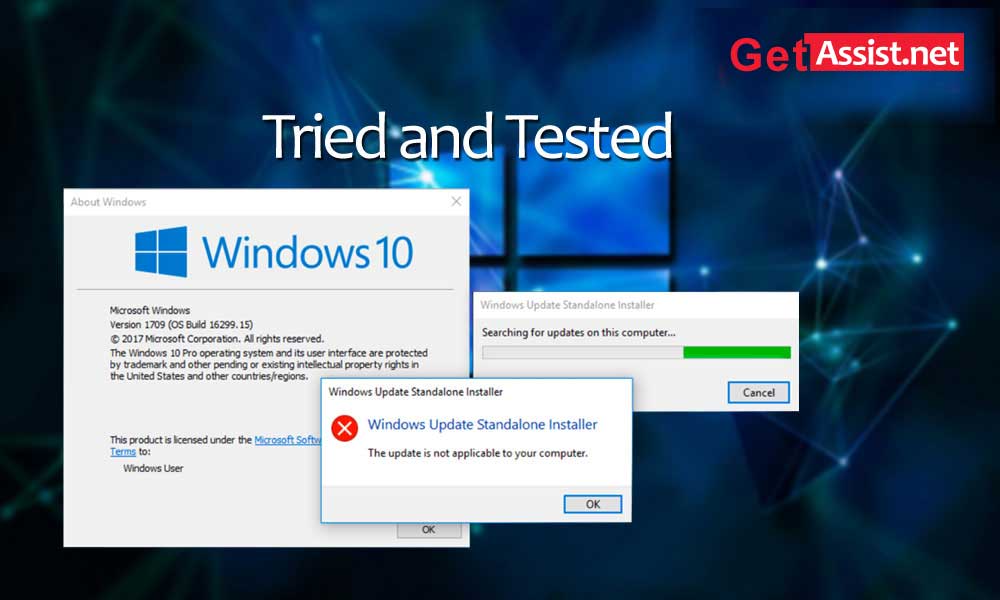 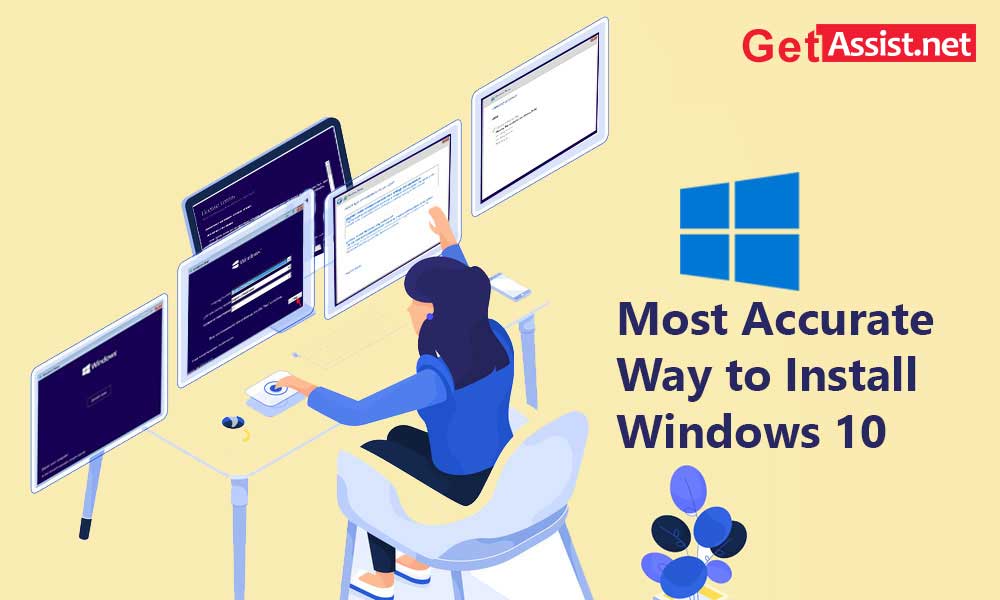 Most Accurate Way to Install Windows 10 on Your…